“Subjectivity” has been the word of my week.

On Tuesday, I released a list of the top 20 youth ministry blogs.

Just like people argue incessantly about sports polls– there has been a lot of discussion about the release of my poll. Thank goodness no one gives these folks time on ESPN. I’d go nuts!

I knew it would create discussion, debate, and maybe even some sour grapes. I even warned the call center at work that they may get some calls complaining. (Which never happened) But I felt strongly about making the poll public. Transparency, right?

I knew/hoped/even prayed that by publishing the list it would make the entire genre better. At least that’s my working theory.

Like it or not, the youth ministry blog genre has been fading for the past 1-2 years. Several of the bigger names (some of which are friends of mine)  have either stopped blogging, slowed significantly, or started to morph their blog from a blog to more of a resource/ad driver site. And I thought, subjectively, that if I drew some attention to the genre it just might wake up the once vibrant community.

Of course the poll is subjective. It’s created by a human. 66% included a composite of publicly available stats, all of which are dependent on the individual blog being set up correctly and pinging those ranking sites. (More subjectivity) Additionally, the method included a 33% weighting specifically called “influence.” I took the top 50 blogs statistically and pushed out a survey asking 20 of the top 50 to rank each blog on a scale of 1-10 for who they thought had the most influence in youth ministry. (Can it get more subjective?) I even asked that group, “Who is missing from the top 50?”

Only 2 new blogs were suggested, neither of great statistical influence.

So there was a bit of subjectivity in every arena. Even in the 100 or so blogs who got indexed there was subjectivity since it was limited to my ability to find the blogs in the first place.

This is the nature of any poll or rankings. There is criteria, but the creation of the criteria is subjective no matter what. My hope is, just like in sports, enough people will want to move up and the end result is that it makes the genre better.

Competition isn’t always bad, is it? Doesn’t it, on some level, make people try harder to be better?

Bottom line: I’m loving the discussion. And I love the fact that people are thinking about youth ministry blogs once again. Over the past year or so I’ve noticed that a big chunk of the discussion for each post has happened on Facebook. That’s fantastic, but makes it hard for me to keep track of. This is an attempt to try to bridge the blog and Facebook comments together so more people can join the conversation easier.

Ready to give it a try? 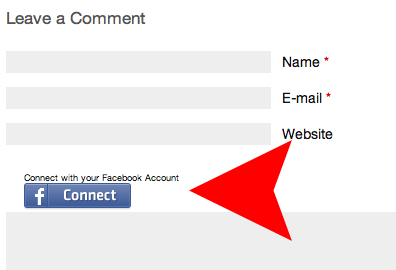 Facebook will ask you to verify that you’d like to connect, agree to that and you’re done!

Easy, right? Thanks for giving it a try!

2009 was a lot of fun on the blog. Without factoring in the discussion that happens on Facebook or Twitter via the blog and the comments there, the site itself has seen a 50.2% increase in traffic versus 2008.

On May 24th, 2004 I wrote my first post for adammclane.com. I think the closing paragraph is a great way to kick off my blog plans for 2010:

But why am I doing this? Mostly as a way to share with myself, just what is going on. I’m not going to use this as a platform for anything else but… Well, whatever I feel like posting. Quotes. Golf scores. Youth Group talks. Carry-over rants. Interesting articles. Stories about the kids. Whatever I want!

Today we released segment one of two that I shot with David Crowder in Pittsburgh.

Not much makes me star struck in this world. But doing this podcast episode with David Crowder made me all giggly. Seriously, it was kind of sick how excited I was. Next to meeting a U.S. President for a discussion on politics or playing eighteen holes at Pebble Beach with Tiger Woods or doing a follow-up SNL skit with Adam Sandler where we sang a duet of Red Hooded Sweatshirt… I don’t think I could have been as nervous about meeting someone as I was in meeting Mr. Crowder.

Of course, it was not worth being nervous about. He was very cool and easy to talk to. And I felt appropriately silly for being so excited. On top of that, the shoot happened so spontaneously and was so short that it wasn’t worth being giddy about after all.

So, there’s my confession. I’m human and I get excited about meeting people I admire. Mock me. I can handle it.

I’m a big fan of Tim’s blog. I have a soft spot in my heart for Granger Community Church as they are doing big things in my hometown. But beyond the “movie theater church” I like Tim because he is a highly effective leader… the type of long-term-leader I want to be at Romeo. I need to figure out an excuse to go home so I can see if I can beg a meeting to pick his brain. Here are 3 posts to get you introduced to Tim’s blog.

I’m a big fan of my wife’s blog. She is working hard to create a blog for mom’s like her. If you have never checked it out, here are 3 posts I think you need to read.