There is a lot of talk about a Presidential candidate and whether or not his pastor is a racist and if that makes the candidate a racist. Accepting money and support from extreme groups is very complicated. At the core of the problem is that it seemingly associates candidates with everything that group stands for. 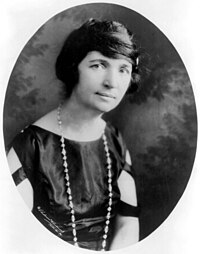 This reminds me of a long-standing news story. Margaret Sanger, founder of Planned Parenthood, was a racist. She wasn’t just “socially racist” in the way most of America were in those days, she was a published racist. In fact, she was a proponent of eugenics. Here are some quotes from Sanger:

“The undeniably feeble-minded should, indeed, not only be discouraged but prevented from propagating their kind.” link

We maintain that a woman possessing an adequate knowledge of her reproductive functions is the best judge of the time and conditions under which her child should be brought into the world. We further maintain that it is her right, regardless of all other considerations, to determine whether she shall bear children or not, and how many children she shall bear if she chooses to become a mother… Only upon a free, self-determining motherhood can rest any unshakable structure of racial betterment link

But that is in the past right? Surely, an organization as sophisticated and socially accepted as Planned Parenthood wouldn’t be racist today, would they? Consider these two pieces of evidence and discover that for yourself.