It’s safe to say the kids are jacked up and ready to go for their first day of school. Megan came out of her loft this morning wearing her school uniform and Paul came out of their bedroom carrying his backpack and lunch box.

It’s quite a change from Amanda Moore in Romeo. First of all, we’re actually closer to school than we were in Romeo. Darnall Charter School is about 2 blocks up the hill. (Yes, we’re so close we know we’ll be late often!)

Even if the kids aren’t nervous, I am for them. It’s one thing for dad to have this dream that his kids will grow up in an economically and culturally diverse climate. It’s another thing to send them off to it for the first time. 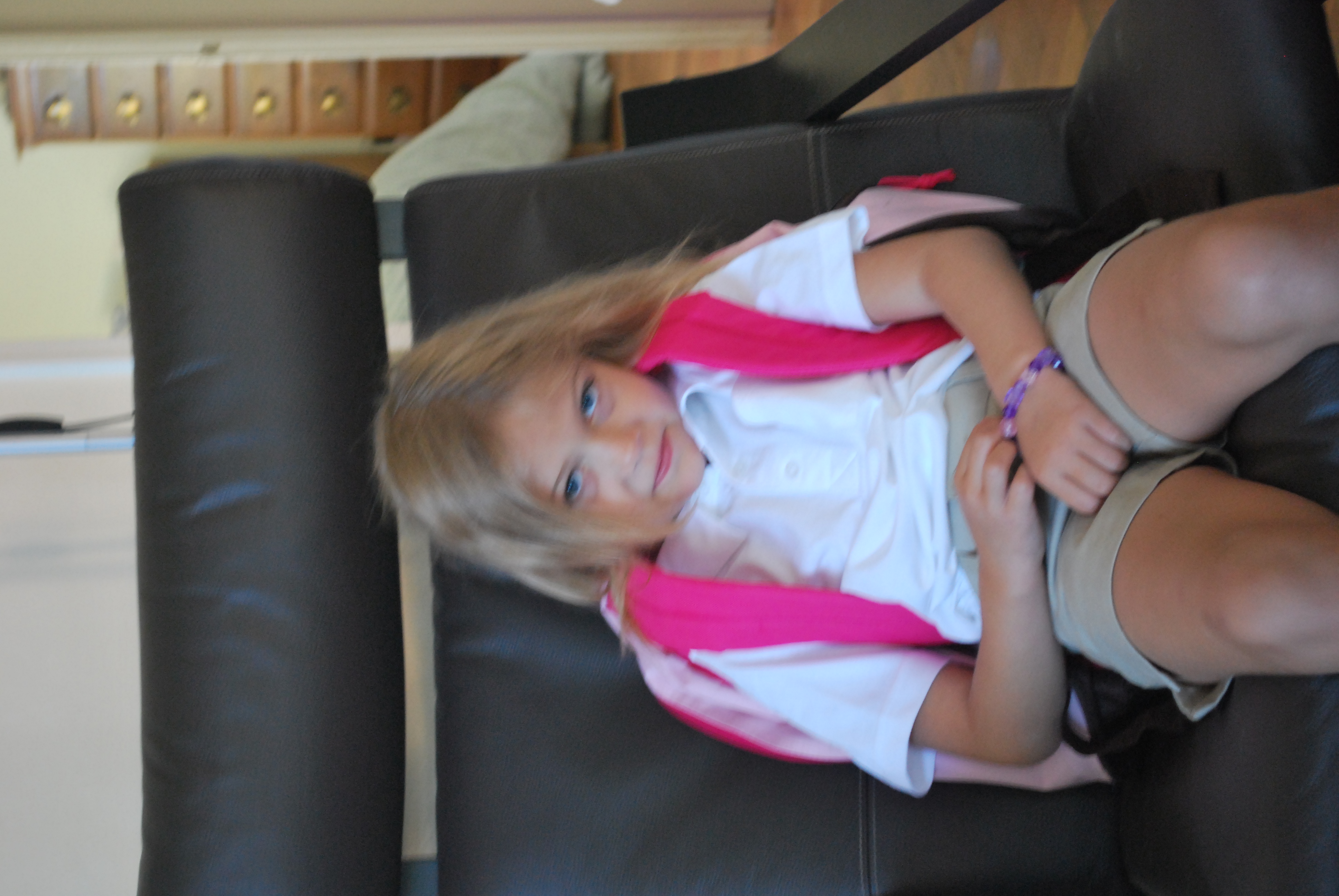 For Megan, this is old hat. She loved kindergarten and 1st grade and we have high hopes for second grades challenges. My hope for her is that she’ll meet some girls to connect with right away. No one is complaining, but I can tell the whole family is in need of some friends. (I’ve got built in people to hang with at work.) Every grade she matures I get a little more worried about social pressures to conform. Megan is the type of kid where she is oblivious to most of the bad stuff happening and just focuses on her stuff. She is like her mom in that! Kristen went to a large high school in suburban Philadelphia and swears there weren’t any kids doing drugs or having sex. Megan was born with that same set of blinders… it’s a great thing!

For Paul, this is brand new! Mom and dad are more nervous for the first day of kindergarten than he is. He’s been correcting me for the last two weeks. I typically call him “little man” since he’s pretty much a smaller version of me. Now I’m supposed to call him “big man” since he is in school. I’m nervous for him since he’s not done super well in Sunday school and we didn’t enroll him in preschool. (Combination of it just being easier to keep him home and we didn’t have the extra money to pay for it.) He’s a lot like his daddy. The actual educational part of school was never a problem for me and I don’t think it will be for Paul. But he was born with my “adamant adam” genes. It all has to do with his connection to his teacher. He met her last week and seemed to really like her. But that will be tested when he hears there are rules and that he’ll have to obey them. I keep saying to myself, “It’ll be fine.” But something tells me that I’ll be a frequent visitor to the principals office.